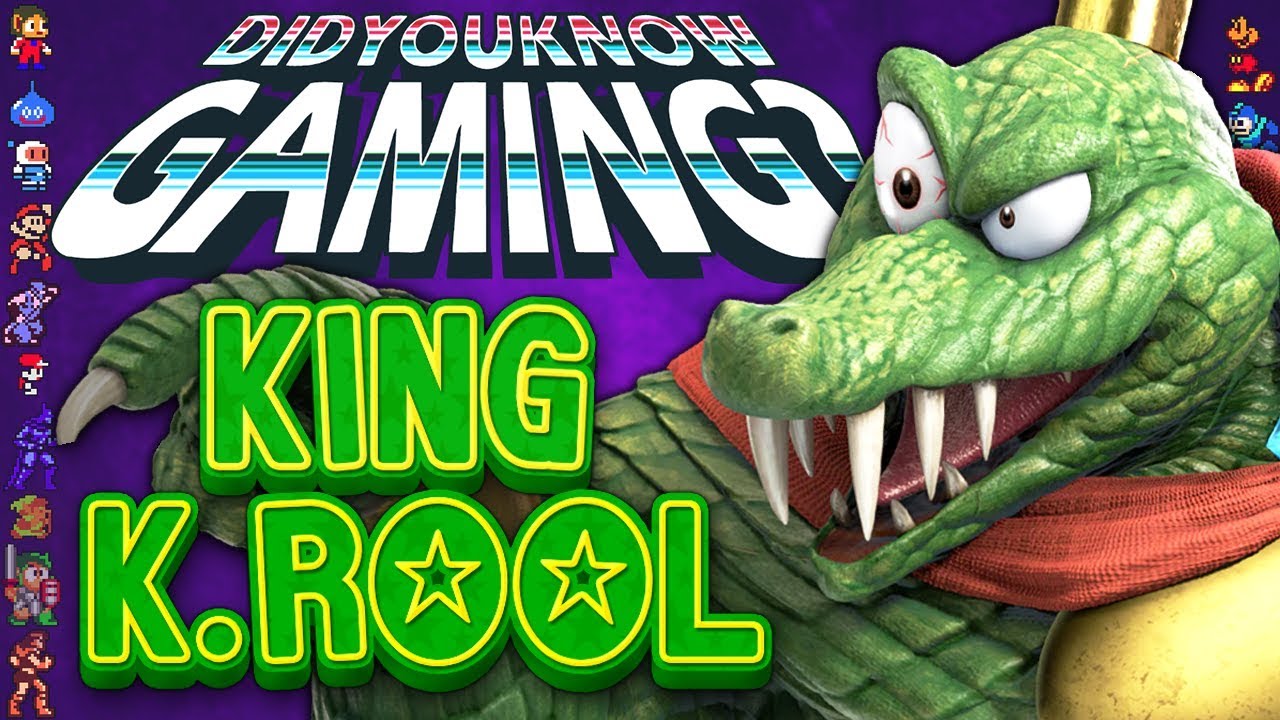 In this video, Did You Know Gaming takes a look at King K. Rool, and the games this character has been in such as Rare’s Donkey Kong Country series and Nintendo’s Super Smash Bros Ultimate.

24 years ago, K.Rool was having a tricky debut. " He's too big! We've run out of memory! Remove some frames!" wailed DKC programmer @Chris_Suth . Well he's back to stay now! #SuperSmashBrosUltimate pic.twitter.com/TlDXRrRlac

Found a couple more #DKCrevealed Kremling concepts by James Ryman, where Krudd is starting to look like K.Rool. pic.twitter.com/5dDpIWU9Vn

@Unis_verse yeah, I do like putting slightly pathetic bad guys in games.

#KingKRool's Kremling army in #DKC was going to be much more serious and military themed than they eventually turned out. Grenades? Bazookas? Bayonet charging? What was I thinking… pic.twitter.com/75SFNIM880

I'll try. I should have archived them properly, but at least I kept them. So much history behind games gets thrown away

We never thought about why he wanted to steal the bananas! It just give us an excuse for the Kongs to go after him

Imagine my thrill in finding this response from @NintendoAmerica in my mailbox this morning. I think I speak for everyone who signed in saying all the loving attention to detail in the new K. Rool footage has made our gratitude to @Sora_Sakurai and co. grow even more profound. pic.twitter.com/plqSBUZ5Y6